On April 28, 2020, the FMC issued new guidance about how it will assess the reasonableness of detention and demurrage regulations and practices of ocean carriers and marine terminal operators (MTOs).

For years, shippers, NVOs, truckers, ocean carriers and MTOs have disagreed over the fees. After a nationwide fact-finding investigation spurred by an industry petition filed in 2016 by the Coalition for Fair Port Practices, the FMC has finally set guidelines for fair demurrage and detention practices.

We caught up with CPG's Bob Leef, an intermodal veteran who's been in the industry for over 40 years, to learn more about this historic ruling.

Leef has been an active advocate for shippers and truckers in the fight for reasonable detention and demurrage practices, testifying before the FMC in 2018. We interviewed Leef to get his insights into how these fees came about, what the FMC decided, and what we can expect in the future.

Here are 10 things to know about the FMC's new demurrage and detention ruling.

1. The story of demurrage and detention fees began in the 1970's

Let's go back to the 1970's, when container shipping was just taking off.

"Ultimately, you have to go back to where it first began. The reason they put these rules in place, demurrage and detention, is because when the industry started, people would use these ocean containers for warehousing and they'd sit forever," Leef explained.

"Marine terminals only have so much space on the water front. As the ships got bigger and bigger, the problem became that the terminals needed people to come pick up the containers faster so they had more room because the ships were coming every week." 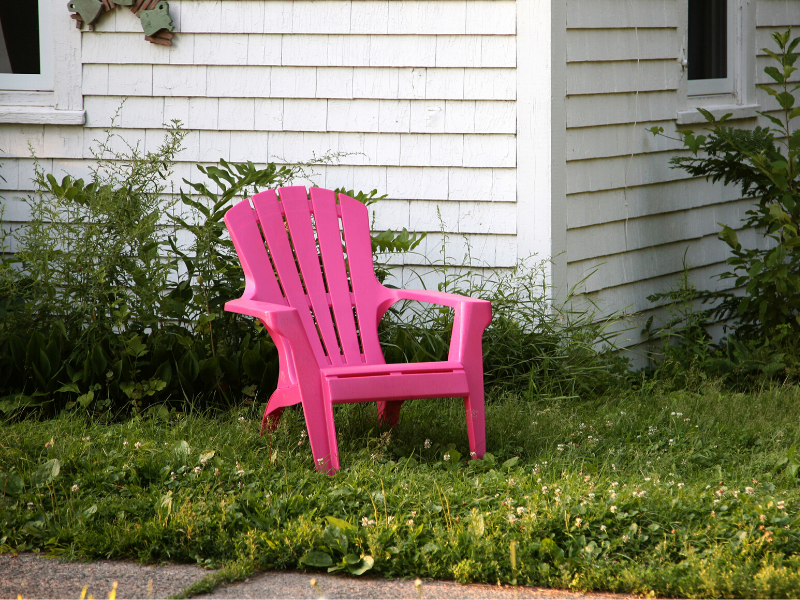 To put it into context, think about the lifecycle of seasonal products. For example, a plastic lawn chair you'd use in the summer.

"Those things start selling right around now. First time you really see them in the stores is May. Over in Asia where they're made, they start making them in November/December because they gotta make literally millions of them. And they start shipping them over here in January," he explained.

"In the past, what happened was, this is going back 30 years, the container would land here in March, and if the customer didn't have a big enough warehouse, they would let them sit in the container until they were ready to sell in May."

This is why the demurrage and detention rules were put into place - to incentivize shippers to retrieve their cargo and keep things moving.

"As international shipping became a monster industry, demurrage and detention rules were put into place to say to people, 'Hey! Come get your cargo off the piers and gimme back my containers so I can put them back into the cycle,'" Leef said.

2. The rule helps to outline what a fair playing field would look like.

After the hearings, Leef explained, the FMC came to 2 main conclusions:

"Generally speaking, in today's world, most big companies have plenty of space in their warehouses, and they want their freight in their building, so they're not just letting it sit there," Leef said, "The FMC realized most companies aren't using ocean containers for storage."

Under the new rule, the Commission will carefully consider the extent to which detention and demurrage charges and policies serve their primary purpose: incentivizing the movement of cargo and promoting freight fluidity.

3. The fees are a big issue on the West Coast because of appointment systems.

Demurrage and detention fees can be an issue in many places, but they are particularly pervasive on the West Coast. This is because, on the West Coast, all marine terminals have appointment systems. This can make picking up containers within the allotted free time difficult when terminals are busy and appointments are scarce.

These are the types of complaints that the FMC will take a closer look at, and will be more likely to rule that the fees assessed were unreasonable.

4. Cargo can be held up for many reasons beyond a Shipper's control, including the government.

The government can sometimes be the reason cargo is held or delayed. This circumstance is usually out of the shipper's control, but historically, shippers have complained that they have been charged demurrage fees while their cargo was detained by a government agency. And it's not just Customs.

"There many, many government agencies that can hold up cargo besides U.S. Customs — Food and Drug, Department of Agriculture, APHIS — there's a whole gluttony of things that can hold it up," Leef said.

"The new rules say if the cargo is not available, you can't charge — it's not the customer's fault."

5. Port congestion is a major factor in demurrage and detention fees.

Port delays can sometimes lead to demurrage and detention charges, even though the delays are often beyond the control of motor carriers and shippers.

Delays can be caused by a number of reasons, including: labor disruption/strikes, weather, construction, chassis shortages, operational system failures, and port congestion.

"Another important factor, from a trucking standpoint, is port congestion. If I can't get into the facility because the lines are long, there's a storm, there's a strike, there's weather issues - We have to be reasonable, because we're all reasonable people, and you can't just arbitrarily charge people," Leef said. 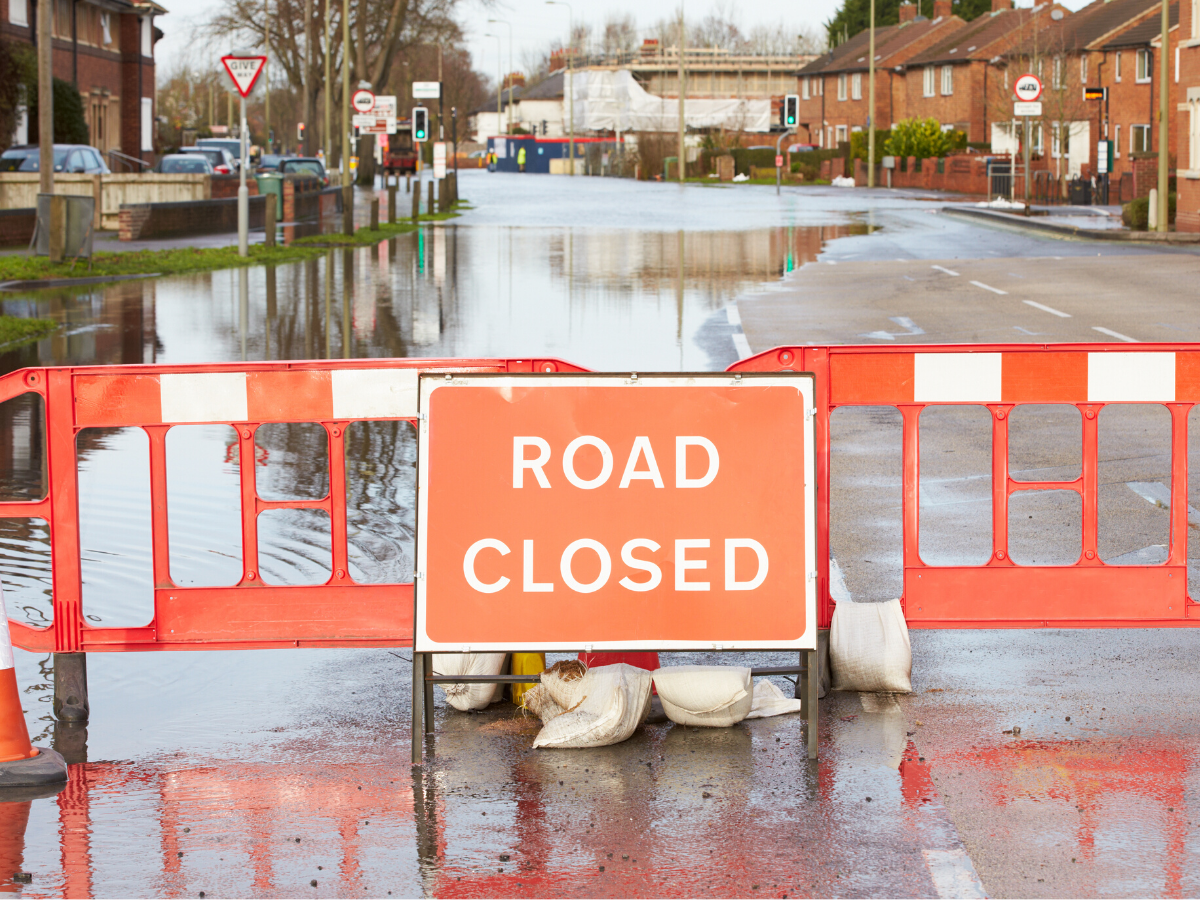 "Same thing goes for returning an empty container for per diem. If I'm going to return an empty container, and I get there and they say, 'We can't take it today, bring it back tomorrow,' it's not reasonable to charge me during that time," he said.

Port congestion and other events impeding port access have occurred periodically for many years and will undoubtedly occur again. The FMC's ruling will consider these factors when determining reasonableness of the fees in complaints.

6. FMC will consider the reasonableness of the fees on a case-by-case basis.

Because of the varying circumstances and conditions across all the different ports and marine terminals, the FMC didn't set blanket number of free days or terms for the charges. The Commission will instead consider complaints on a case by case basis.

Shippers, NVOCCs, or motor carriers must submit their specific complaints for the FMC to consider.

"I expect there will be some kind of arbitration board created that if you have a problem, you'll be able to go to them with your case and say this isn't right and file a dispute. All the SSLs and MTOs need to make their dispute resolution channels more known," Leef said.

7. There are 7 criteria the FMC will evaluate when assessing demurrage and detention complaints.

The FMC announced 7 factors in determining reasonableness of demurrage/detention. In short, they are:

8. The FMC will be keeping a close eye on how ocean carriers assess these fees moving forward.

The ruling is great news for shippers because it paves the way for an easier channel to resolve disputes and brings clarity to when the fees should be assessed.

"I really think with this whole FMC ruling, they're going to really be looking at cargo availability, empty container returns, and cargo availability notices — in other words, when did you tell the person the cargo is available and what's the methodology? That's very important, because again, if you don't tell me my cargo's available, how do I know to come get it?" Leef explained.

Great to know FMC has the backs of the shippers, carriers, and NVOs when it comes to fair demurrage practices.

"What this says is if you end up bringing a case to the FMC and they can see that someone really acted unfairly or unreasonable, I think they're gonna end up losing their case no matter what," he speculated.

9. Future trends could see clearinghouses of demurrage and detention policies.

Accessibility of each carrier and MTO's demurrage and detention policies remains an issue.

"In my opinion, where we are gonna end up, sometime in the near future, there will be a massive clearinghouse where all this info is stored to go get it because today every terminal is different, every steamship line is different, and every port is different," said Leef.

Trying to track down all of these moving parts and keep straight the varying terms and conditions is a daunting burden for shippers.

"If it doesn't happen in the whole nation, it certainly has to happen in the region. For example, in the Port of New York, there are 5 major terminals, and at some point, all the information has to be in one place."

The future should see a consolidation of this information to make it more accessible and transparent for customers.

In addition to FMC's ruling for ocean demurrage and detention, on April 30, 2020, the surface transportation board (STB) issued ruling on rail demurrage.

(1) "demurrage rules and charges may be unreasonable when they do not serve to incentivize the behavior of shippers and receivers to encourage the efficient use of rail assets. In other words, charges generally should not be assessed in circumstances beyond the shipper's or receiver's reasonable control,";

and (2) "transparency, timeliness and mutual accountability by both rail carrier's and the shippers and receivers they serve are important factors in the establishment and administration of reasonable demurrage and accessorial rules and charges."

And there you have it — 10 things to know about the FMC's new demurrage and detention rules.

For more information on the rules, check out some of these resources: