Rob Movshin, Vice President of the Northeast Region with ContainerPort Group (CPG), is deploying this summer to work for NATO as a Logistician in Kosovo for 9 months.

Movshin, who this fall is coming up on his five year anniversary with CPG, is also a Lieutenant Colonel in the New Jersey Army National Guard with over 25 years of service. 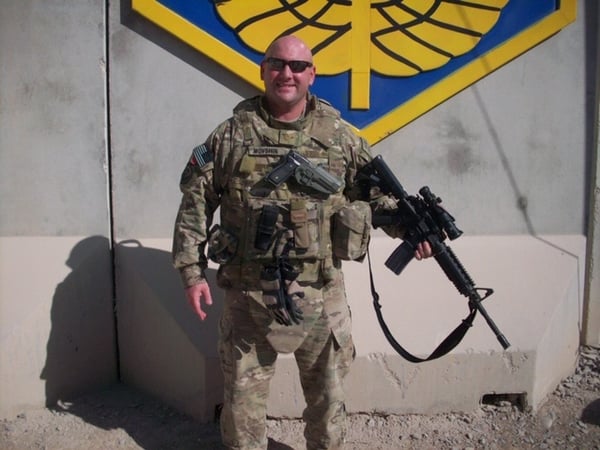 Rob first joined the U.S. Army in 1992 as an Armor Crewman, where he enjoyed training on a team to operate weapons and equipment, like learning how to drive an M1A1 tank. It wasn't until college at Rutgers University, where an ice hockey injury would ironically guide the direction of both his future military service, and career path.

"During my time at Rutgers, I joined ROTC. Due to an ice hockey injury, the Army wouldn't let me be a combat officer in active duty. Instead, they told me I could be a logistician," he said. "I knew I didn't want to be a logistician, so I joined the Army National Guard. Fast forward 25 years and now I am a logistician. Funny how it all comes full-circle."

It was during his deployment to Afghanistan in 2011, where Movshin first transferred responsibilities from a Cavalry Officer to a Strategic Logistician; a position responsible for moving people and materials around the battlefield to support the mission.

This time around, Movshin was selected to serve as the Deputy Chief of Joint Logistics-Support with NATO due to his experience; collaborating with people from 23 countries to strategically move containers and other cargo in and out of Kosovo to support the mission.

Movshin's military service has instilled in him an ethos of pride and dignity; one that he brings day in and day out at CPG.

"At CPG, I am more of a generalist in that I touch all aspects of the business - from safety to driver recruiting," Movshin sad. "Although we have very specialized lanes in the military, the knowledge from my civilian career translates very well into what I'll be doing - coordinating and moving materials to support a mission."

When asked what are the top three transferable military lessons he has learned that have proven helpful in his day job at CPG, Movshin replied with; "being team oriented, mission focused, and having a set of core values that drives my decisions".

We wish Rob all the best on his new mission with NATO and eagerly await his return to CPG. Thank you for your service to our country, Rob!